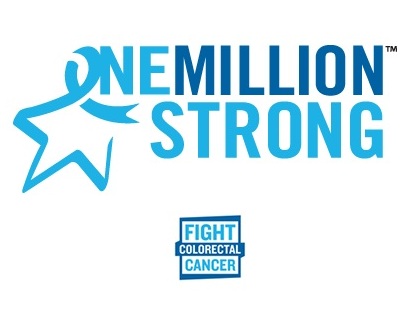 National Colorectal Cancer Awareness Month kicks off Friday, March 1st with National Wear Blue Day. Experts predict that in 2013, 150,000 Americans will be diagnosed with colon or rectal cancer, making it the third most common cancer in the United States – surpassed only by lung and prostate cancer in men and lung and breast cancer in women. Colorectal cancer is also the 2nd deadliest cancer in the US – second only behind lung cancer.

Read on for more information, and the life you save could be your own!

It’s important to remember that colorectal cancer can be present without any symptoms at all.  If you or someone you love has any of the following below, tell your doctor. A colonoscopy may be necessary to rule out cancer.

All adults are at risk for colorectal cancer, as well as a small percentage of children and young adults. Adult risk for colorectal cancer increases significantly over age 50, so if you’re 50 or above, make sure you’re screened regularly. Certain factors can increase your risk, such as your family history, personal medical history and lifestyle choices. Which of the following risk categories do you fall under?

Since up to 90% of colorectal cancers are treatable if discovered early, we can’t emphasize a regular screening program enough! Leaders in the field have estimated that up to 30,000 lives are lost unnecessarily each year, due to late-stage diagnosis.

Tests that screen for cancer and polyps:

Tests That Screen for Cancer (these stool tests are less invasive, but also can’t detect polyps)

Please share this article and spread the word!  Have you been screened for colorectal cancer?