There are as many types of caregivers as there are types of charges. Are you a caregiver? What type are you? We’d love to hear from you – let us know in the comments! Here are three main categories:

Family:
Family caregiving brings with it numerous rewards and stresses. The satisfaction that you are “taking care of your own” is very unique. But family also knows you well. They know that the facial expression you’re making now might mean you’re mad, but trying to cover it up. With someone outside your family, they may not notice it or know what it means.

According to the CDC, the typical caregiver is a woman in her 40s, providing care for her mother. This is an incredible act of love, and reciprocation to the woman who brought you into this world. But she may also be the person who’s able to say just a little remark that can bring up decades of past issues. These are stresses many caregivers of their own parents’ experience, and knowing you’re not alone can help (and you’re not, with 34 million unpaid caregivers out there!).

Friends:
The Internet abounds with stories of people who accidentally become part-time caregivers to their friends and neighbors. Often times, the caregiving begins incrementally: picking up some groceries here, dropping off the mail there. It may stop there, or continue on. These people know that they get along with their charge, which can be a help (who doesn’t love visiting a friend?) and a hindrance (when one person is unhappy, it can be awkward to let their friend know).

Hired:
Caregiving professionals are part of an industry that is growing and will continue to grow as the baby-boomers age. These individuals have devoted their careers to helping others. The satisfaction of that does not lower the stress that can come with the job, but it may provide comfort at the end of a long day. They may be temporary or long-term. Either way they are bringing both help and joy to their charge.

TotalHomeCareSupplies.com honors all the caregivers out there, and hope that they know we’re thinking of them. We’d love to hear about your caregiver experiences, past or present! See you in the comments!

We keep hearing about how terrific antioxidants are for us, but what exactly do they do?  Antioxidants sound like they can do miracles for our health – but to most of us they’re still a mystery.

Antioxidants benefit your health by cleaning free radicals out of your bloodstream.   Free radicals are electrically-charged molecules of oxygen that accumulate in our blood as we age through a process called “oxidation”.  Don’t worry, oxidation is a natural process – and nature provides abundant ways of filtering them out through our diet!  Antioxidants are found in everything from fresh fruits and vegetables to whole grains, nuts, chocolate and teas.

So if it’s natural to have free radicals in our blood stream, what’s the big deal?  The problems come from too many free radicals accumulating too quickly, and sticking around far too long.  Free radicals can damage other cells by attacking healthy ones, and over time have the potential to cause damage to your cellular DNA.  This damage is linked to a wide range of diseases, including Cancer, Cardiovascular disease, Alzheimer’s disease, Autoimmune diseases, Cataracts, Macular degeneration and more.   Our bodies have natural defenses against free radicals, but those defenses weaken as we age, making us more susceptible to cellular damage over time – which is why many health experts believe a diet rich in antioxidants is key to fighting age-related diseases.

To add to the mystery, there’s not just one type of antioxidant;  there are many kinds, some of which you’ve probably already heard about – such as the beta carotene in carrots.  Antioxidants have a wide range of health benefits, and different antioxidants benefit different parts of our bodies.  For example, beta carotene benefits eye health, while flavonoids benefit cardiovascular health, quercetin benefits memory, and proanthocyanidins (try saying that five times fast!) benefit the urinary tract, among other things.  Some studies have even shown that a combination of antioxidants can protect your skin from sun damage.  For more information about foods that can help stave off Dementia and Alzheimer’s, try this article on the Five Best Foods for your Brain.

Antioxidants have not been proven to treat any medical conditions, however research implicates that antioxidants may be key in the prevention of a number of degenerative, age-related diseases.

So what are you waiting for?  Dig into that fruit salad, enjoy your whole-grain pasta, and reach for the dark chocolate that’s been calling to you!  (within moderation, of course).  See this handy infographic for some of the health benefits of these 12 delicious, antioxidant-rich foods. 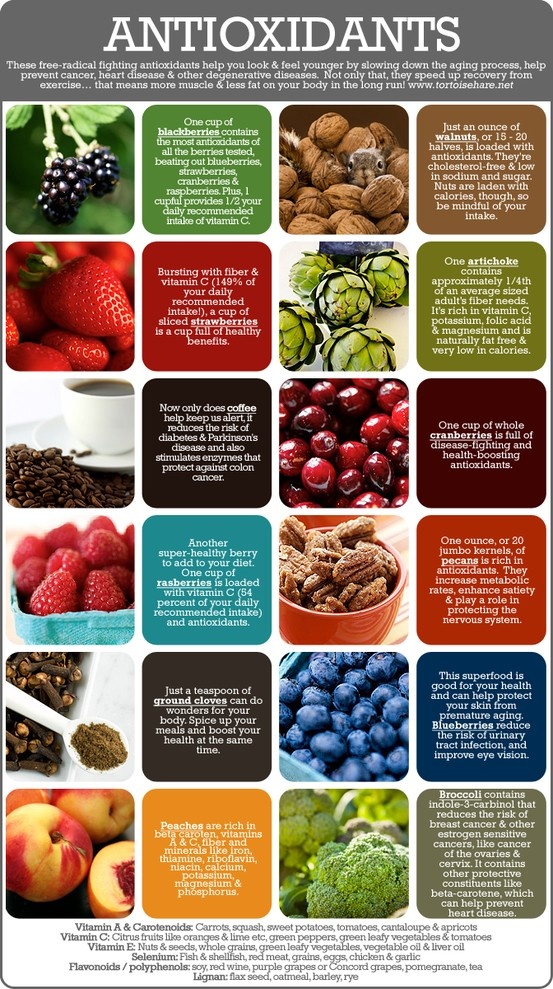 Did you know that drinking water in the morning can boost your metabolism and help fight infection?  For more health information or useful tips, visit our Resources blog on TotalHomeCareSupplies.com. 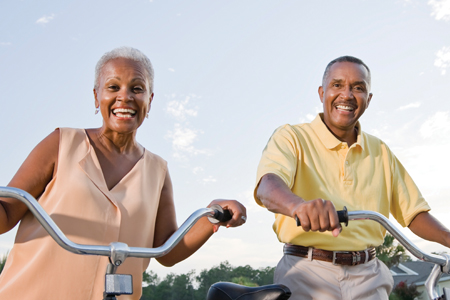 We all know that mental and physical activity is good for our health, but did you know that the more active you are, the longer your life expectancy – and the sharper your mind? 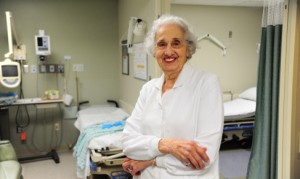 Maybe that’s why someone like Helen Deneka is as sharp and active today as she was 40 years ago.  At 87, Helen Deneka could very well be the nation’s oldest working nurse.  Now with over 7 decades of nursing experience, Helen works full-time at the Outpatient Surgical Center of Baptist Memorial Hospital in Covington, Tennessee.  Born in 1925, she gained interest in the field while taking care of family members when they were sick, then enrolled in a nursing program at Baptist Memorial Hospital in Memphis, TN, in 1943 – at the ripe old age of 17.

70 years later, she has seen and worked through remarkable changes in professional medical care, including the introduction of penicillin; installation of air conditioners, patient telephones and bathrooms in hospitals; and impressive advancements in medical technology itself.

“Back then, we did everything by hand,” Deneka says. “Checking the pulse, taking blood pressure…We used to wash all the syringes and needles between patients and sharpen our needles with a whetstone.  Now they throw everything away.”

The changes in technology haven’t slowed Helen Deneka down one bit.

“I do the paperwork, then start the patients’ IVs,” says Deneka, describing her daily routine at the outpatient surgical center. “Fortunately, I get them on the first stick 99 percent of the time.”

“She never sits!” says fellow nurse Margaret Green, 66. “She’s going all the time…She’s such a caring and conscientious person.  I can’t imagine her retiring.”

Whether or not genetics play a role, there’s no question that the daily physical and mental stimulation help keep Helen Deneka’s mind sharp and her body fit.  In an era where early retirement is a popular goal – yet health care costs keep going up – perhaps we’re approaching old age the wrong way.  Maybe ceasing to work isn’t the ripe fruit we imagine it to be; maybe we should look at retirement as not so much “stopping working” as shifting to work that stimulates and enriches us, even if it doesn’t pay as well.

As for Helen, does she ever plan to retire?

“I’m thinking about it,” she says, returning to her charts. “But not today. We have a lot of patients coming in.”

When we think about Alzheimer’s, we usually think about older adults.  That’s because approximately 95% of the Alzheimer’s cases we hear about have developed later in life – after age 60.    The causes of Late-Onset Alzheimer’s Disease are still not fully understood, though researchers suspect that a combination of genetic, environmental and lifestyle factors  contribute to our likelihood of developing the disease.

The New York Times recently published a poignant article written by a woman whose grandfather and father both died of the disease.  Her father – driven to a career in neurology by his own father’s onset of Alzheimer’s – taught his young daughter all about the disease he would later succumb to.  With a 50/50 chance of developing FAD herself, she voices her own anxiety and fears.”

“I’m not losing track of my car keys, which is pretty standard in aging minds,” she writes. “ Nor have I ever forgotten to turn off the oven after use, common in menopausal women. I can always find my car in the parking lot, although lots of ‘normal’ folk can’t.  Rather, I suddenly can’t remember the name of someone with whom I’ve worked for years…am I losing track of me?”

In her article, Nancy Stearns Bercaw voices the fears we all fight off watching the slow deterioration of the ones we love.  You can read the entire article, “Waiting for the Forgetting to Begin” on the New York Times website.

For more information on the 10 Early Signs and Symptoms of Alzheimer’s, check out the Alzheimer’s Association web page.